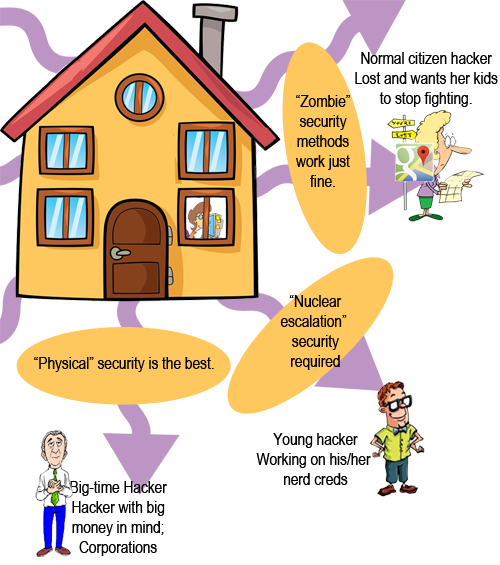 Have you ever thought about your home’s Wi-Fi network security? Are you concerned about it? Do you think people are crazy and go overboard? Or, do you just have no idea at all? If so, I will help you sort through this mess.

Let me preface this with saying that this article is about home Wi-Fi network security. Things are a little bit different than the business and government world.

So, you’re sitting in your abode with your computer turned on. You’re using a laptop and surfing the net. You’re having a lot of fun, but you are also admitting RF waves outside of your house. RF waves are radio frequency waves. Like any kind of wave, such as sound, water, and light, your RF waves emit all around your house, not just in one direction. Those waves are in your backyard, front yard, side yards, and in your neighbor’s house. Is emitting those RF waves a big deal? That jury is still out on any human health concerns. As far as home security goes, emitting RF waves is rarely good. If the wave is out there, someone can grab it.

Who grabs your RF waves?

For the purposes of this article, there are three types of hackers. There are different security measures to combat each type of hacker.

You probably would not consider your most common hacker at all, the common citizen hacker. In fact you have probably been this type of hacker before. Say you’re out in your car, you forgot your GPS, and you’re lost. Well, I don’t know if you have done this, but I have. I pull out my phone to look at Google maps. We all know that even the slowest home network is faster than the fastest cell phone search, and we also know that cell phone searches take a lot more battery. Everybody that uses a smart phone knows those things. So, you go into your settings and look for a Wi-Fi. Are there any unlocked networks around you? Well, if there are, chances are you clicked on it and set it up.

So, once you’re in that network, you search Google maps and find out where you’re going. That is generally not a big deal. It doesn’t hurt the Wi-Fi, and the Wi-Fi owner will probably never know; everybody wins. But, what if you have screaming kids in the car? Maybe you download a movie for them to watch? That takes more bandwidth and might actually bother the Wi-Fi owner. Still, no long-term damage was done. But, what if that person uploads, on your network, copyrighted music or books? That makes me nervous, because it could eventually be traced to my network.

How do you stop the common citizen hacker?

Q: “How fast do you need to run to outrun a zombie?”

A: “Not terribly fast, just faster than the slowest person in the group.”

The slowest person will be eaten by the zombies, and you’ll be free and clear. Well, to be safe from your common everyday hacker, all you need to do is have security that is a little bit better than your neighbors. I called this zombie security.

What do you do it for zombie security?

There, you’ve stopped the casual hacker. No one can use your network to find out where they are, to download movies and slow your bandwidth, or to upload illegal material.

The serious, but not big-time, hacker

Your second type of hacker is the stereo typical teenager or young adult who wants to up their nerd cred (that’s like street cred but nerdier) or what’s to steal some valuable information. When I was in college, Wi-Fis weren’t big. We upped our nerd cred by learning SMTP and sending email to people from Santa Claus, the Easter Bunny, or God. There are still innocuous ways to up your nerd cred, but as a home Wi-Fi owner, you don’t care about that. You care about the nefarious hacker.

This type of hacker can easily overcome your zombie security methods. By easy, I’m talking about a couple of minutes. All you need to do to combat zombie security methods is download a little bit of free software.  Then, you can sit out in your car with your laptop and pack people’s networks. You can find the closed networks. You can even hack into the networks with the WEP encryption. It takes a little bit longer to hack the password-protected networks, but you can do it. And, recently a new algorithm came out by a hacker to speed that up even faster. Of course, that hacker made the algorithm available to other hackers.

Now, your really ambitious teenager or young adult hacker might even have a special antenna on their car to capture those RF waves.

How do you stop the serious, but not big-time, hacker?

What should you do?

Well you implement the latest and greatest measures, and keep them up-to-date. And every few years, you might even keep that more up-to-date.

What does up-to-date involved? It can involve hardware, software, or both.

This type of combat is expensive, time-consuming, and you’ll never win. You just try to do your best so that hacker sets his eyes on less difficult targets. Yeah, it’s a little bit like the zombie method.

The third type of hacker is your big time hacker.  He or she is a security expert and is out to make big money or steal confidential information. (Or, maybe a corporation paid them to do a security audit on their system.)

But, if you want to go by the adage of “better safe than sorry,” you do physical RF shielding. The way to prevent the big-time hacker from successfully attacking your network is probably easier than nuclear escalation; it’s just not cheaper.

RF waves are emitted out of your house. RF waves travel long distances. However, there are ways to stop them. RF waves barely notice windows and walls, but they sure notice metal. So, one of the methods to stop your RF waves is to put a specialRF shielding film on your windows. Another way is to paint your room with special RF shielding paint. Besides the paint, there is also the option of stealth wallpaper. The advantage of physical blocking is that your RF waves are that they are blocked. Your house no longer emits them. You can prove this to yourself by going outside with your smartphone and looking for your Wi-Fi.

The disadvantage to physical Wi-Fi shielding is that it is more expensive, at least initially, than the game of nuclear escalation. 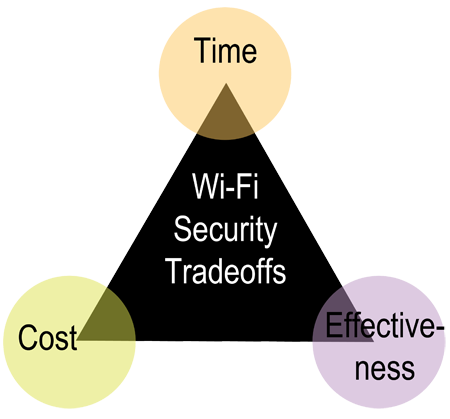