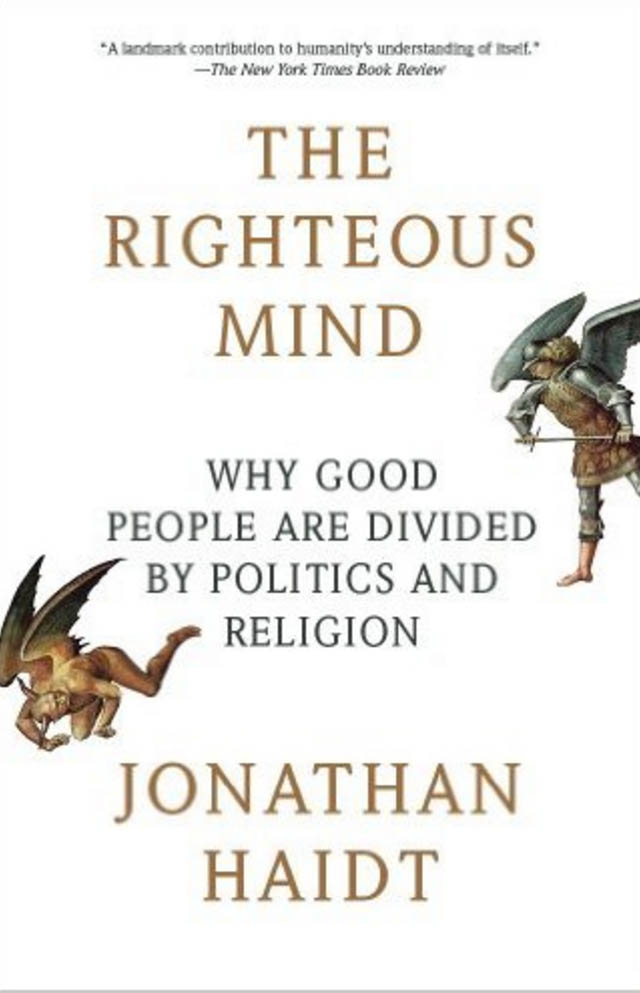 I watched a Ted video several years ago by Jonathan Haidt called The moral roots of liberals and conservatives.

I liked his idea and re-watched the video several times. The gist was that there are five moral foundations; conservatives are evenly split among all five and liberals only two.

His new book, The Rigteous Mind, identifies a sixth moral foundation and explores the ideas more fully. After reading the book, I not only understand some differences more, but I actually appreciate them.