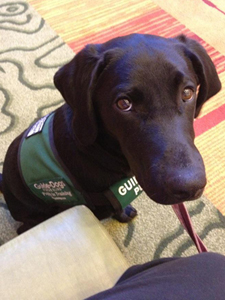 The humans took me to this thing they called Star Fest. I'm not exactly sure why they wanted to go, but I LOVED it. Star Fest was great. For one thing, I got TONS of treats. The humans said it was because there were so many distractions. I liked that I got to go with them everwhere for three whole days, and mom was always petting me and telling me I was a good girl. All the kids at the convention tried to pet me too, but as you all know, adults are the worst at copping feels. Luckily I'm a puppy and I like it when people cop feels.

Mommy also learned that I am brilliant about doing my business on leash on all surfaces on command.

I was also rewarded for ignoring the robots. I saw a jawa. At first, I was a bit curious about it. I mean it's face was dark and its eyes were red. Bizarro. And it made noises. The R2 unit was not nearly as freaky. It just moved about and made funny noises.

Mommy and Daddy took me to a costume contest. They said they liked a lot of the costumes. Mom especially liked "the Flying Spaghetti Monster." I didn't understand it. There wasn't a lick of pasta on it. 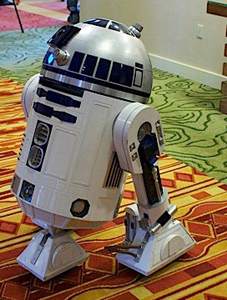 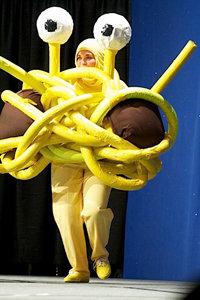 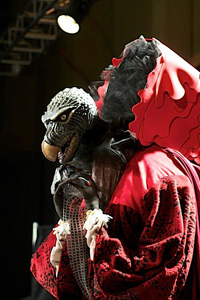 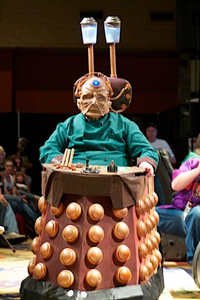 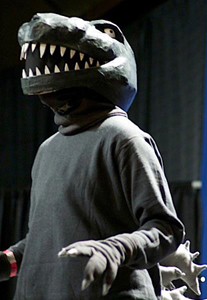