Beauregard was found on a busy street in Boulder. He went into the shelter as a stray and he was only a pound. A typical American-version of the male ferret is usually two-to-five pounds. I took him home as a foster ferret for about ten days and made him eat his "soupies." He gained a pound and went back to the shelter. He was adopted after a day.

Beauregard has quite the personality, and he much preferred humans to other ferrets.

I took this picture of him at the shelter just before he was adopted. I'm glad I got the chance to play with him one last time. I drawing was my first attempt at using drafting film. I have much to learn, because you're supposed to be able to get twenty layers on the film, and I can only get about three. Because I could get so few layers, I couldn't get the color correct. It is cool because you can actually erase marks, instead of just fading the marks like you do on paper. It's also fun because you can keep the background entirely separate from the foreground, giving it more of a three dimensional effect. The original photo is below. 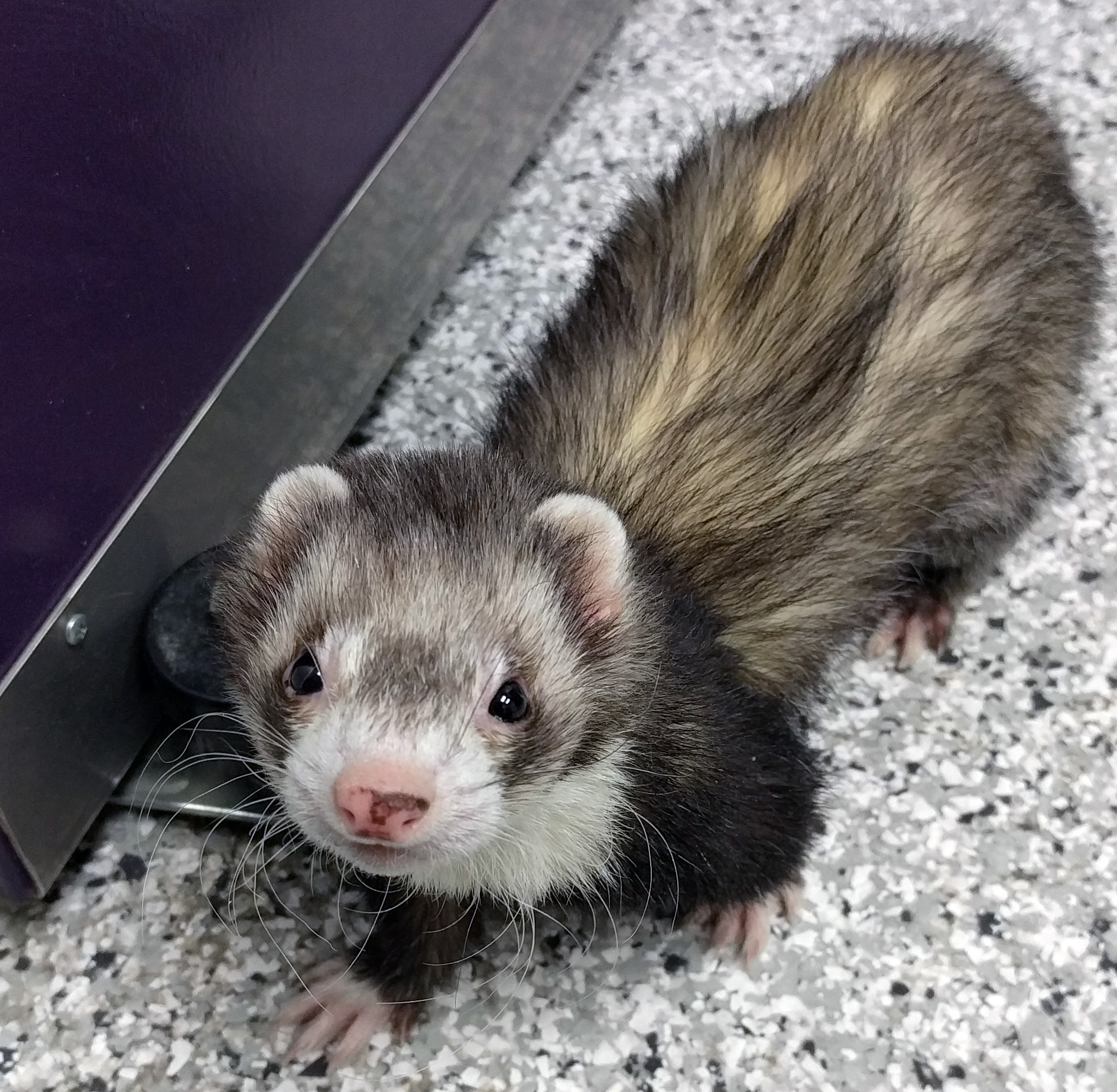